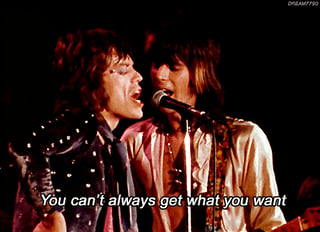 Customer engagement rocks. But only if you get it right. Our recent research on digital consumer behavior suggests that the music on hold when consumers call retailers for assistance might as well be The Rolling Stones classic “You Can’t Always Get What You Want.”

Most retailers (and most enterprises in practically any industry for that matter) offer numerous engagement channels to communicate with current and potential customers. This “channel creep” evolved over the years as enterprises added new channels to keep up with consumer demand for phone, then email, then web, then web chat, then mobile texting, then mobile apps, and now social and video.

One would think that with so many choices available to them, consumers would nearly always get what they want when it comes to choosing how to engage with an enterprise. Since we’re a company obsessed with data, we thought we’d test this assumption by comparing consumer preferences to their actual behavior.

This is what it means:

Our findings revealed some big disconnects between consumer preferences and the communications channels they were using to engage with retailers. Check out the untapped potential in mobile: 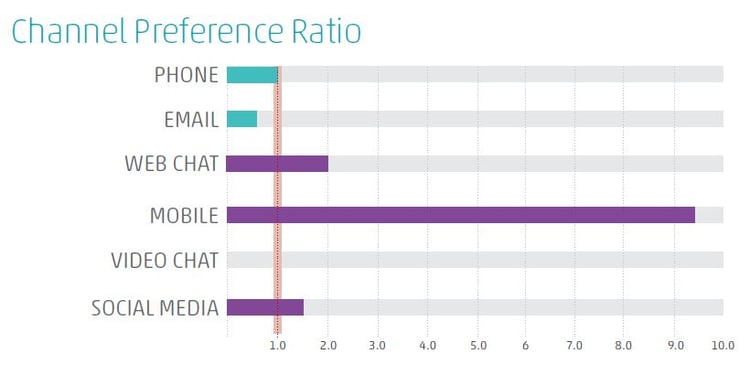 This disconnect creates opportunities to engage better with your customers. Our results show that the two channels with the highest interaction costs (phone and email) also happen to have low Channel Preference Ratios, while two lower cost channels (web chat and especially mobile) have serious untapped potential relative to consumer preferences.

Consumers are telling us they’d prefer to use the lower cost channels more often, but they’re not getting what they want. Something is holding them back. Figure out how to remove that barrier, and I promise you’ll be a hero. Interactions will flow naturally from higher cost channels to lower cost channels. You’ll save a ton of money, and you’ll make customers happier in the process.

Ready for a hint about how to make that happen? This is where The Stones got it wrong. “If you try sometimes, well you might find… you get what you need.” That may have been OK back in 1969, but trying doesn’t play so well with today’s digital consumer. If you want to win the hearts of the impatient, multi-tasking, device-hopping, digital consumer, you have to make engagement as effortless as humanly possible. 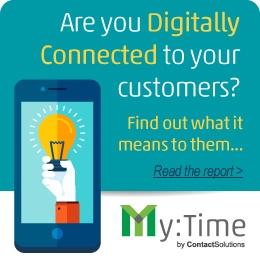 We believe digital is more than a technology.  It’s a lifestyle that’s transforming nearly everyone.  This blog explores how the digital lifestyle changes consumer behavior, how it triggers new expectations, and why digital consumers want to engage differently.  If you want to get closer to your customers, join this conversation.