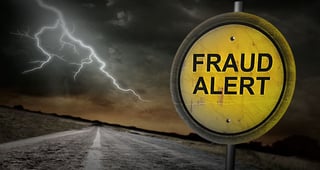 I hope the frustration in that complaint resonates with you, as much as it does me. It’s just one of over a million fraud complaints received by the Federal Trade Commission in 2013.  It captures the human cost of the fraud frenzy.  Fraud is pervasive, a serial problem in today’s always-connected economy. Every two seconds, another consumer gets victimized by fraudsters, which adds up to $24.7 billion per year, more than all of other property crimes combined, according to The Bureau of Justice Statistics.

Consider the fact that fraudsters suck billions from the bottom lines of card processors, card program managers, banks and other businesses, costing brand owners over $11 billion per year, up from $8 billion in 2012, according to Javelin Strategy & Research.

Or you may have seen where the New York Times reported that a gang of foreign hackers stole and sold 160 million credit card numbers from more than a dozen companies, including Heartland Payment Systems, one of the world’s largest credit and debit processing companies, causing hundreds of millions of dollars in losses.

That’s not sustainable. Ditto for missteps in securing contact center transactions that involve callers reading their credit card number to call center agents, or entering the information themselves into payment systems, CRMs, or other back-end applications.

As a fraud program manager, your natural instinct is to secure your contact center network. But with the explosion of the connection economy, contact center fraud is more rampant than ever before. One of the problems is that payment card transactions are being processed faster than ever. And faster processing has compressed the time available for you to detect suspicious activity and mitigate it.

70% of call center fraud is committed by the same shady characters, not one-time thieves, according to Gartner. Which makes it that much easier to segregate suspicious calls. What if you could flag these suspicious calls for a closer look before the transactions got processed? What if you could prevent the hijacking of PIN numbers and other personal cardholder information used to access and drain funds from cardholder accounts via contact center IVRs?

“With our Red Flag detection technology,” says a Contact Solutions manager familiar with the technology, “we can roll up fraud detection data for a short run view.” Or, we can go back as far back as a client wants to look, based on the available analytics. What we’ve seen with our early adopters is that they have either closed or put alerts on a significant number of accounts that we flagged as suspicious.”

One of the early adopters of Adaptive Fraud Prevention was a fraud manager whose Fortune 500 company was on the hook for losses due to fraud. The company also disbursed billions of dollars per year to payment cardholders.

Suspicious activity reports from Adaptive Fraud Prevention revealed that fraudsters had hijacked enough cardholder information to access numerous accounts every month. In hundreds of flagged accounts, fraudsters had stolen the cardholders’ PIN. In thousands of others, fraudsters were just a PIN number away from completing account takeovers and draining cardholder funds. Flagging the at-risk accounts before fraudsters could steal funds from them represented millions of dollars in potential annual cost savings for the payment card client involved.

How does fraud actually happen in the IVR?

In what ways do fraudsters specifically use IVR technology to victimize consumers? And how do you harden your contact center network against this type of crime? A few things to consider: Fraudsters use stolen personal data to validate customer information in the call center. For example, there’s something called a Bank Identification Number (BIN), which is associated with prepaid and other payment cards. The BIN number identifies the specific bank the card is tied to.

Fraudsters buy the accounts associated with these BINs on the black market. If they don’t know the PIN number, they’ll call unsuspecting consumers, and pretend to represent the issuing bank to trick cardholders into revealing their PIN. Then, they’ll call the IVR to learn when deposits are available and drain the funds.

“The best way to fight that kind of fraud is through early detection of unusual call center behavior,” says a Contact Solutions fraud specialist. “With Adaptive Fraud Prevention technology, we use data analytics to compare cardholder calling patterns, so that unusual call behavior bubbles to the top.”

That doesn’t mean that the fraud frenzy is over. What it does mean is that Adaptive Fraud Prevention gives you visibility into when specific callers are accessing multiple accounts – indicating potential fraudulent behavior. The technology also combines all of your client’s call data across multiple programs. Then, it compares the information with caller behavior data from the Contact Solutions IVR to help you flag potential fraudsters.

But pretty good isn’t good enough to show you the big picture, with the rapidly changing patterns and behaviors of today’s sophisticated fraudsters. You have to go beyond pretty good. You have to do something different, like switching to newer technology that layers transactional data with behavioral analytics.

If you’re willing to take the leap, try a new fraud detection technology on a small scale right now, in a controlled situation, and figure out how your organization can do a better job of mitigating fraud in your IVR, Adaptive Fraud Prevention technology represents an opportunity to do just that. 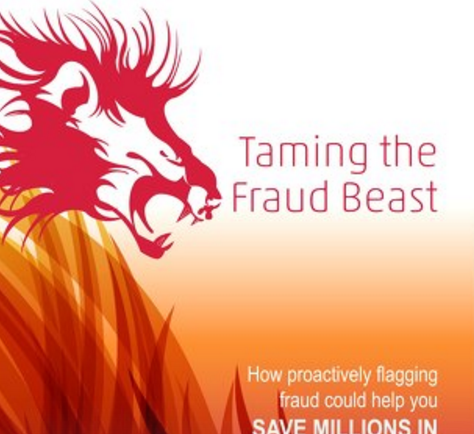 Read our guide to "Taming the Fraud Beast."