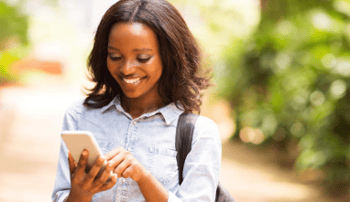 While there appears to be latent demand for mobile apps from constituents of government prepaid card programs like SNAP, WIC, and TANF, there has still be very little adoption by government agencies despite robust citizen engagement technology being available today.

Here are a few misconceptions that are worthy of dispelling, as the industry starts to evolve with this technology.

Even companies as advanced as Starbucks, who have a slick mobile app, still get 1,000,000 calls per month into their contact center. Banks that have invested untold millions in their mobile apps have nearly 25 Billion customer care minutes on the phone every year. This is a good indication that self-service mobile and web apps alone will not service 100% of cardholder needs.  For most commercial enterprises today, when this need for more assistance occurs the consumer only has the option to email or use their smartphone as a plain old phone to place a call into the contact center and speak with an agent.

More advanced companies have started to provide in-app access to a live agent via messaging, which provides a much more cost-effective way of addressing cardholder needs than the mobile app.  This is far more efficient and less costly than causing the user to leave the app and make a phone call, where they will have to wait on hold for an agent for up to 30 minutes, and then start all over explaining to the agent what their problem is. Recent data from ContactBabel suggests that “chat” costs $3.64 per interaction, while email costs $4.14 and a phone call costs $6. So web chat is 60% less costly than a phone call.

An in-app text messaging approach like My:Time™, a comprehensive digital engagement solution  that includes both self-service and live assistance, is even more cost effective than web chat because it allows a conversation to be asynchronous like text messaging—with the full context preserved for the cardholder and the for the agent, improving the efficiency with which they can respond and allowing problems to be solved without keeping the cardholder on the line while incurring telecommunication costs.  The cardholder can go on about their business and get a notification when the agent is available to resolve their issue.  The impacts to agent efficiency and cardholder experience are enormous.

The misperceptions above have caused administrators of government prepaid card programs to lag behind their commercial counterparts in implementing mobile app-based customer care, but we believe that the latent demand has hit an overwhelmingly high level. Thankfully, the States running card programs, their contractors and vendors that are staffing contact centers, and the citizens being served all stand to benefit from the transformation ahead. 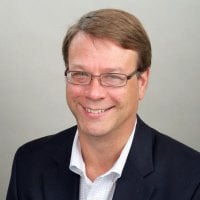 If you have questions, we have answers! Contact one of our citizen engagement experts for more information.